I hope you find my posts informative and helpful. Just so you know some links in this post may be affiliate links. For more information review my Privacy Policy.

I just saw this video. What an amazing story and a reminder of keeping your children safe at all times! Please share for child safety awareness.

We're going to switch gears, and turn now to an eagle-eyed bus driver. He spotted the 3-year-old boy and suspected kidnapper on his bus. His quick-thinking made the police make an arrest. Reporter: Good morning to you. Incredible story. That hero bus driver says once he heard the alert about the kidnapping he zeroed in on the suspect, he had to keep his cool until he could get the bus to police without tipping off the suspect this morning, police say this bus driver's quick and calm thinking helped them foil a kidnapping. Rescuing a 3-year-old little boy, allegedly abducted from his mother at the public library in northern California. Tim Watson said he saw an alert from authorities about a kidnapping suspect on the loose. I described 3 yeermd wearing a blue shirt. Reporter: That's when Watson concocted a clever plan to deliver the suspect to authorities without alerting the suspect. Got out and announced I'm looking for a green backpack. I looked over for the bag, I see his red crocs. He went back to the front of the bus and alerted authorities. That's where police said the child was pried from the suspect's arms. They arrested 23-year-old Alfonso David, now booked for kidnapping. There's no known connection between the suspect and the child. Authorities say the suspect is scheduled to be arraigned on Tuesday, Watson a father himself, said he simply followed his paternal instincts. So glad he did. An incredible happy ending. Remarkable, aditi. What's scarier is that as she said, there was no known connection between the little boy and the alleged kidnapping. Those kind of kidnappings are exceedingly rare but terrifying.

« The Lies and Truths of Pregancy
Does Colour of the Stroller Have Any Effect On The Baby? » 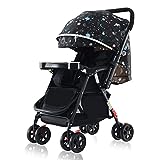 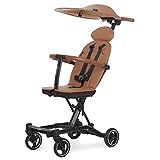 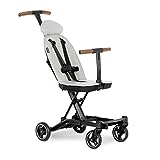